AJ Fernandez released the New World Puro Especial at the IPCPR 2017 following the brands very successfully release of the original New World in 2014.  The New World line was released to honor Christopher Columbus discovering the tobacco plant in the new world.  The tobaccos used in this cigar were all grown on farms owned by AJ Fernandez and his father, Ismael.  The tobaccos come from three different farms located in various regions of Nicaragua.  The wrapper was is a Criollo ’98 grown on the Fernandez’s San Jose farm, even though the AJF website states its a Nicaraguan Habano.  The filler tobaccos that make up the filler and binder come from La Soledad and La Providencia farms as well as San Jose.  The cigar took years to develop and all the tobaccos used in the cigar are aged for 3 to 5 years.

The cigar has a dark brown leathery looking wrapper with a well applied cap.  After clipping the cap, the cigar had a perfect milkshake draw.  The notes on the cold draw at rich earth, barnyard and leather. 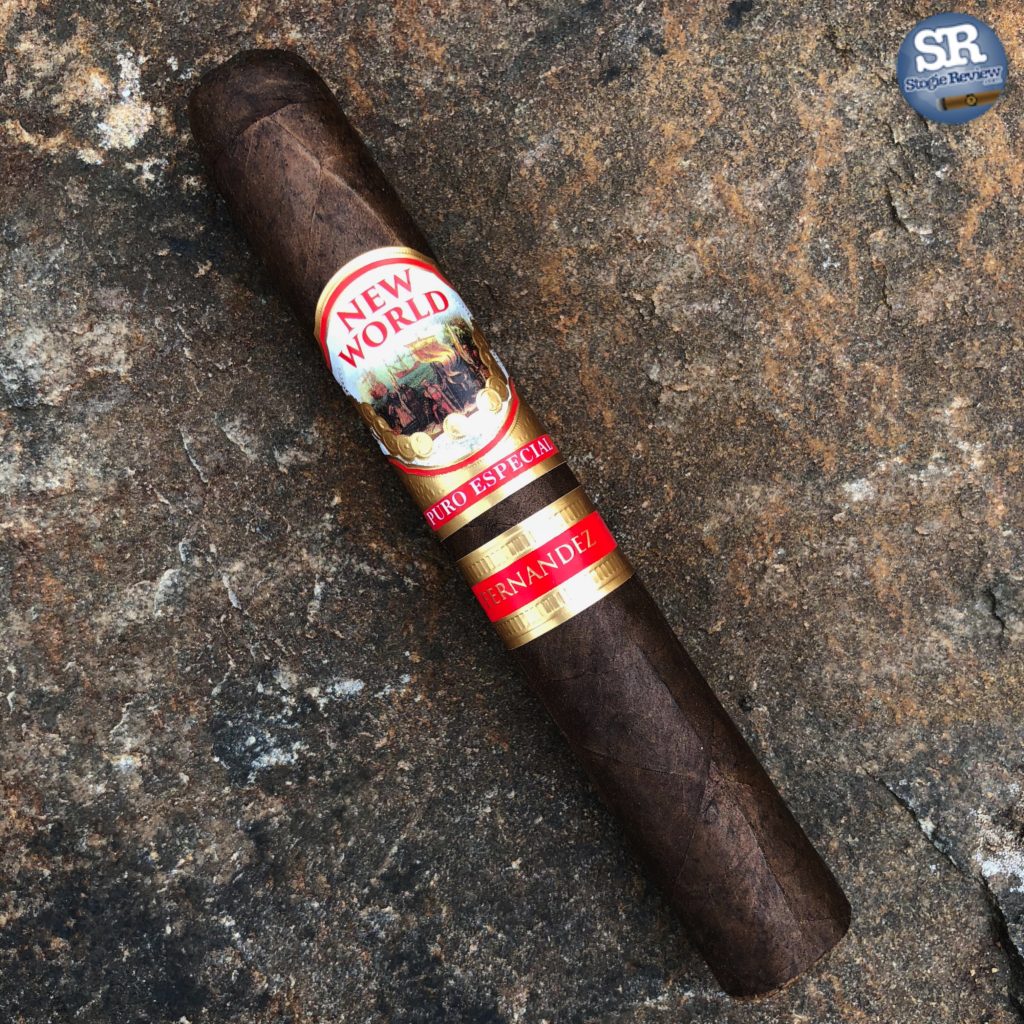 The cigar starts off with a heavy leather note accompanied by black pepper,  cinnamon, coffee bean and chestnut flavors.  As it nears the midway point, it develops a nice vanilla creaminess and cocoa note.  The cocoa note is more evident on the retrohale along with he black pepper.  It has a medium-full body during the first half. The cigar still has those rich, dark flavors of leather, rich earth, cinnamon, coffee bean and chestnut, but the vanilla cream note has died down a lot.  I do get more of the cocoa note along with a cedar note.  The cigar starts to develop a bready note with hints of raisin which reminds me of, of course, raisin bread.  The body of the cigar has ramped up to a full body. 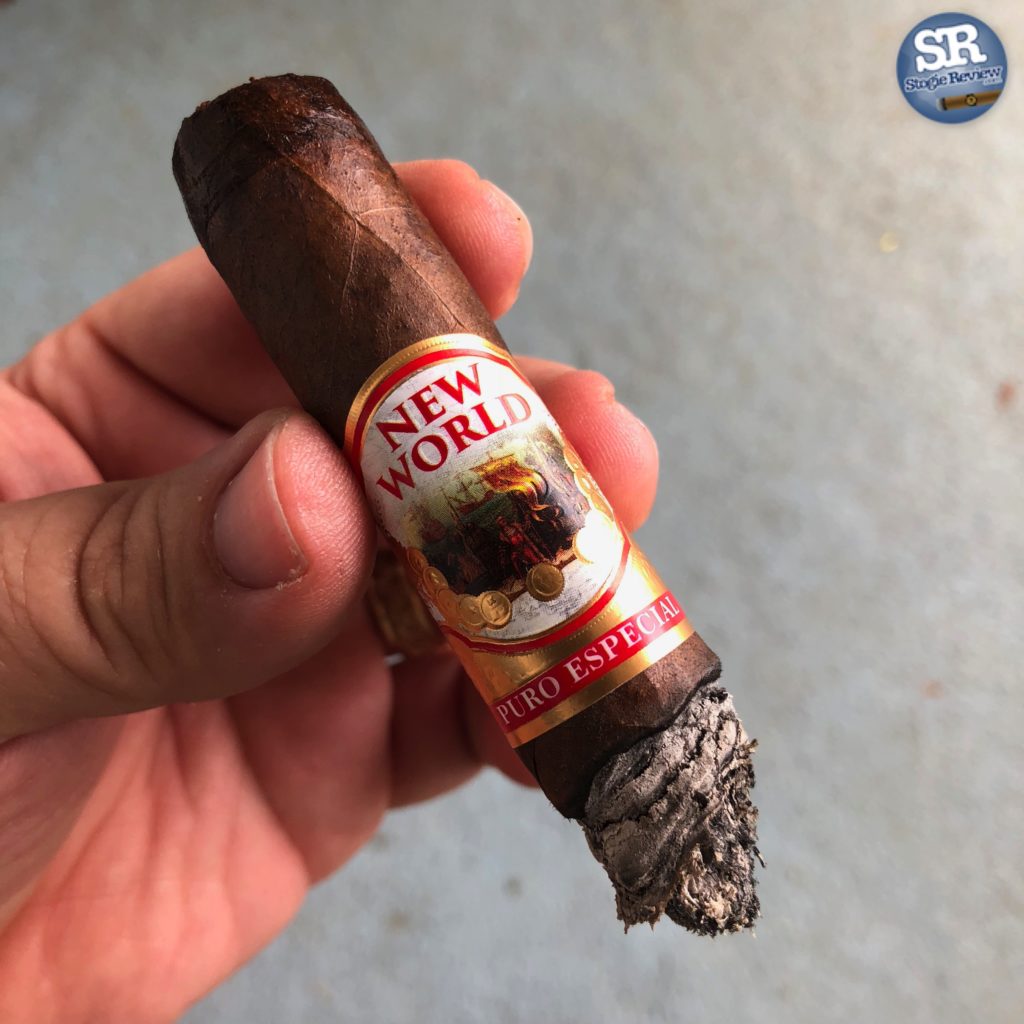 I really enjoyed this cigar.  Its loaded with flavors, good body and great price.  Supposedly, the only difference between this cigar and the regular New World is the New World Puro Especial is aged longer and the wrapper is different, but the same binder and filler tobaccos.  With this small change, the flavors are much better to me.  I think the Puro Especial is much more flavorful and more enjoyable to my palette.  I’ve been really impressed with the cigars coming out of AJ Fernandez lately like the Bellas Artes and Enclave.  The New World Puro Especial continues that winning run.  I wouldn’t be surprised to see this one on several best cigars of the year list.  If you like full bodied and full flavored Nicaraguan cigars, check this cigar out.  Especially for that price.