If there’s a theme for this Week In Smoke, it’s a mix of new cigars and relaxation. Heavy on the relaxation. Maybe a little procrastination too. It’s been a busy summer, and I for one am ready to welcome a less hectic season of bourbon and heavier beers. Sure, I drink both year round, but it’s nice to be able to do so on a patio without bursting into flame or ingesting lethal amounts of pollen. And shorter, cooler days mean less call for running around, and less yelling at people to get off my lawn. It should be a great couple of months for cigars. In the meantime, let’s talk about the cigars I’ve been able shoehorn into the schedule since IPCPR. 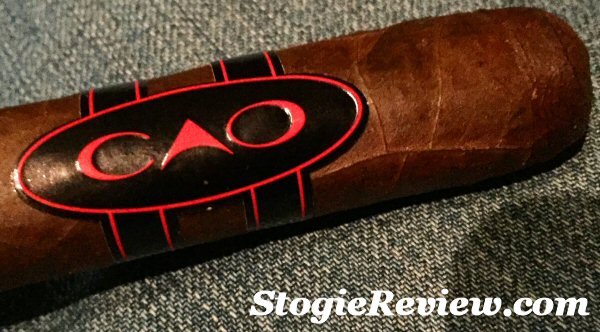 CAO Consigliere (IPCPR Sample) *
If you’ve been smoking cigars for a while, you probably remember when this cigar was called the CAO Sopranos. You probably also remember it being a pretty good stick… until it wasn’t. I sure remember. We know now that the blend quietly changed, making people like me wonder if I was crazy. The friends I shared my last batch with sure thought I was. The Consigliere is a return to the original blend, and based on the single sample I smoked from the trade show, it does seem similar to the ones I had around a decade ago- the good ones. I noted rich savory leather, chocolate, earth and some cedar. I’m not sure how well these will do with the new name, but I wouldn’t mind smoking it again. I’ll buy another when I see one. Davidoff Art Limited Edition 2016
It’s been awhile since the last Week In Smoke, and this cigar is actually one I lit up while I was kicking back on Labor Day. The Art Limited Edition 2016 is a cigar that’s generally out of my price range, but I had the day off, there were no distractions and I felt like smoking something special. I didn’t take many notes as I smoked it, instead I made a point to enjoy an unusually relaxed afternoon. What I did jot down was enjoying the creamy, cedar elements, the Davidoff funk and the bit of leather. It was a good time, and I feel a little more relaxed just thinking about it. Dunbarton Sobremesa Short Churchill
One of the first samples I smoked at IPCPR was the Sobremesa Short Churchill. We caught Steve Saka early on in the show and he told us how in love he was with this new amped-up Sobremesa line extension. Later that night after I put the both the camera and my feet up, I set one ablaze. I enjoyed it a lot. When I got back to Atlanta, I was happy to find my local shop had them in stock so I lit up another, this time with a Week In Smoke in mind. The Short Churchill is very much like the original Sobremesa vitolas, it has the earth and the sweeter notes you’ll recognize, but also some heartier elements like tea, leather and black tobacco. It’s definitely one you need to try.

Nat Sherman Metropolitan Habano Toro (IPCPR Sample) *
I haven’t been tackling my trade show samples in an organized manner, instead favoring virtues of the random humidor grab to decide the course of the evening. The new Nat Sherman Metropolitan Habano came up in a recent selection, and anticipating that it might be on the lighter side, I made a point of smoking it first. That was a good call. The medium-ish profile of cocoa, wood and creamy coffee might have been lost following more robust cigars and cask strength bourbon. It did fine with a bottle of water, but I think the Metropolitan Habano would be a solid choice to accompany an afternoon coffee. Toraño Exodus Robusto (IPCPR Sample) *
My previous experiences with the Toraño Exodus line have been positive, but this time around the cigar left a little to be desired. It wasn’t about flavor, what I noted- earth, chocolate, sweetness and coffee- was all generally good, but it was surprisingly mild. Actually, it wasn’t so surprising, the draw was very tight, nearly unsmokeable. Which meant much of the smoke and the flavor it delivers just couldn’t get through. But I soldiered on, in the off chance that it would open up. Unfortunately it never did. Again this is a first for me with the line, so I’ll give it another shot at some point in the future. Warped Guardian of the Farm Campeon
I’ve had a few of this new Warped-Casa Fernandez collaboration and it’s really good. I’m not surprised, I’ve been a fan of nearly everything produced by both parties. There’s a lot going on with this cigar, and a little power to boot, but nothing is over the top, and all elements are well integrated. In my several smokes of this cigar, I’ve noted savory leather, wood, cinnamon, pepper and sweeter notes of vanilla, caramel and even the occasional hit of butterscotch. I never get tired of a cigar like this.

* Big Brother would have you know these cigars were gifts or free samples, and that my opinions on them is suspect. My opinions (and a passion for napping) are my own, your response to them is your own. All your base are belong to us.