I want a cigar that will knock me over! 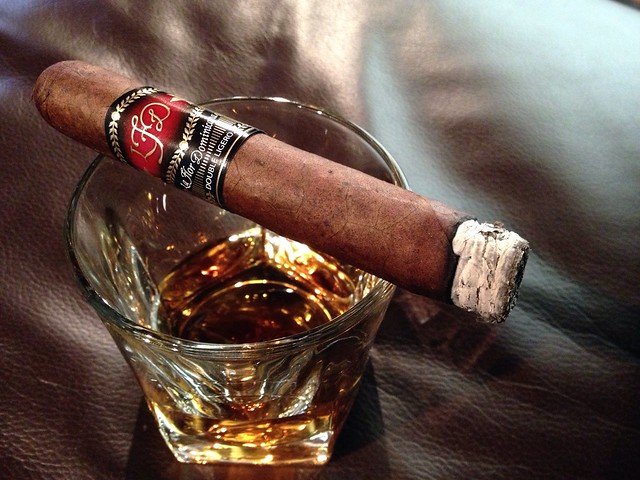 Yesterday afternoon I was feeling bored. With plenty to do around the house and no desire to do any of it, I made the decision to get out for a little while. I hopped in my car and made the grueling 0.8 Mile ride to Sir Stogies to watch football with the guys.

As I kicked my feet up in the recliner, toasting my AJ Fernandez New World, one of the guys called out across the lounge. ‘Hey, have you ever smoked an Opus X?’ Of course I’ve smoked an Opus X – granted, I still think the Anejo is a better cigar but I digress…

We spent a minute or two talking about the power of the Opus X. While I do think it packs a punch, I think some of the Joya de Nicaragua offerings pack a bigger punch. I was taken by surprise when the reason for the question come up.

“I’ve been smoking these La Flor Dominicana Double Ligero back to back. I can remember a time when I got a buzz from cigars but these aren’t doing anything for me. I want a cigar that will knock me over and I thought the Opus X just might do it.”

I was at a loss for words and really didn’t know what to suggest. I mean, someone smoking back to back LFD Double Ligeros, with no effect, is probably going to need a narcotic to give them a buzz. The only cigars that came to mind, which I don’t like because they give me the shakes from nicotine, are the Cain Habano and Cain Maduro.

What cigar(s) would you have recommended?

25 thoughts on “I want a cigar that will knock me over!”