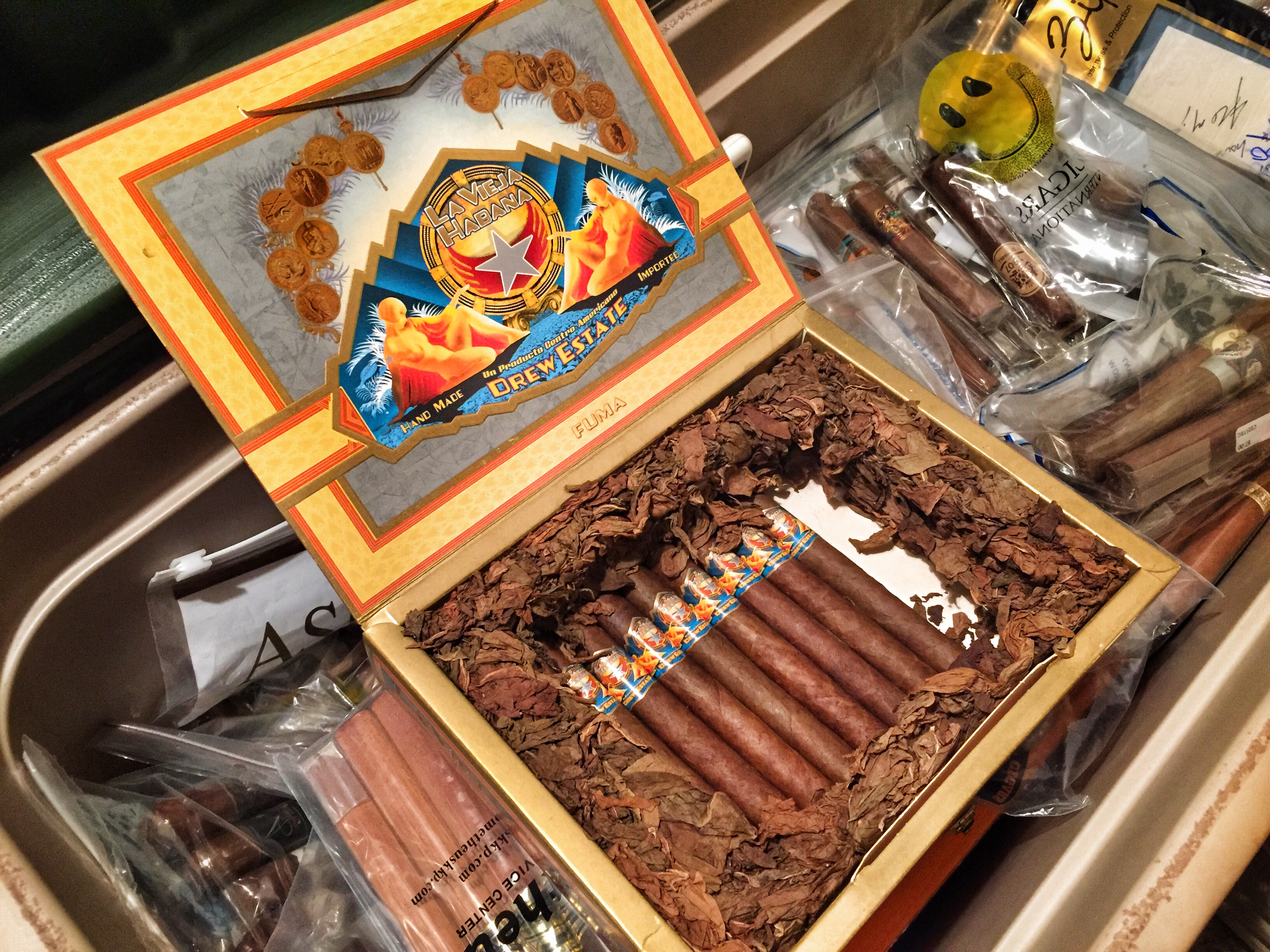 Every now and then I’ll find myself sitting in the Private Lounge at Sir Stogies. Several of the guys will be sitting around and, on occasion, we’ll take a break from solving all the world’s problems and have a discussion about cigars.

My favorite question is “Have you ever heard of…” or “Have you ever smoked…” because it is an invitation to go deep inside the rabbit hole. I’m not well versed on new product but when something a little older comes up, reminiscence wraps around me like a warm blanket.

A great example of this happened a few weeks ago. We were all sitting around the table at Sir Stogies when one of the guys asked about an older Drew Estate cigar. After describing the band I immediately knew he was talking about the old La Vieja Habana.

“That line didn’t come in a regular wooden box. Think of it like a cigar box made out of the same material that cereal boxes are made of. Then, to keep the cigars snug and secure, loose tobacco was packed around the sticks”. We had a few laughs and we all learned a little something that we hadn’t known before.

When I come home after a day like that, I like to take a trip down memory lane. I’ll go down into my basement, turn on the light in the far corner, and crack open the lid of one of my coolers. On this occasion I sought out one of the boxes of Drew Estate La Vieja Habana that I knew were tucked away. I pulled one out of the box, clipped the head, and set flame to foot.

I wish I could tell you that it was a magical experience that brought back a lot of fond memories. Unfortunately, the cigar was terrible. Years and years being locked away left the smoke practically flavorless. I smoked half the cigar before it showed any signs of flavor. Unfortunately, that seems to be the case for any naked cigars that have been aged in my coolers. Just the other day I lit up one of the original Tatuaje Serie P. That cigar was one of my go-to smokes years ago and I had high hopes for it. It was a disappointment. The flavor had gone flat from too much time tucked away in the coolidor.

On the other hand, some cigars have been stellar. In March of 2007 I bought a box of Arturo Fuente Chateau Fuente. I smoked more than half of the box since I bought it but the remaining sticks have been resting peacefully in my Coolidor. The cellophane has a hint of yellowing and the wrappers have a distinct Spanish Cedar aroma. Lighting up one of those after all these years is a real treat. It seems like the cigar industry gets so wrapped up in the next best thing that we sometimes forget the gems that we have tucked away. I’d like to encourage you to go into your humidor and find something that you may have forgotten about. Light it up and tell us all about it in the comment section. We all love a good story and sometimes it is nice to sit back and reminisce.

8 thoughts on “Reminiscing About Old Cigars”