We feature a lot of music here on Stogie Review, something you already know if you are a regular watcher of our video cigar reviews. We figure, if cigars are music for the mouth, it only makes sense to pair it with some entertainment for the ears as well.

Occasionally we get asked about the music we use in our videos, so we’ve decided to dedicate this page to it. Here’s a quick list of some of the music that you’ve heard recently on Stogie Review, as well as a few recommendations at the bottom.

“Fuego” by Pitbull in Tatuaje Anarchy

“Keep It In The Family” by Anthrax in Dos Familias – Churchill

Yes, Brian has done a few videos over the years, with music and everything!

“Wanted” by The Refreshments in Vintage 1982 Cerdan Welles Revisited 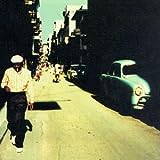 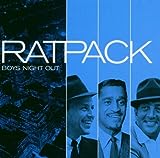 Rat Pack: Boys Night Out
Feeling like listening to something classic other than Cuban music? Try the Frank, Dean and Sammy on for size.